I sit here on the couch getting ready to watch the last episode of the last season of the 90s tv show Sliders.  You remember, the one with Quinn, Rembrant, Wade, and The Professor?  They “Slide” between different dimensions. “The same year, the same Earth, only different dimensions”. 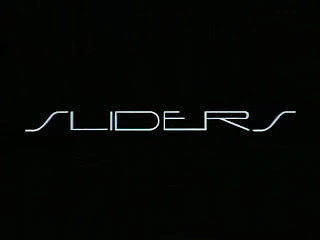 It was a great series and I will miss it, although it did help wean me off it with the cast member changes they did.  There was only one character that carried over from the first episode – Rembrandt (Cleavant Derricks).  They even went as far as creating a Quinn 2 character when Jerry O’Connell left the show at the end of season 4 – played by a different person.
I may sound negative about it, but it was a good show, and it falls into that category of the sci-fi show about a bunch of people stuck somewhere and trying to get back home (like Dungeons and Dragons cartoon, Quantum Leap).
Now let’s see what else is out there on Netflix that I want to watch….
Share