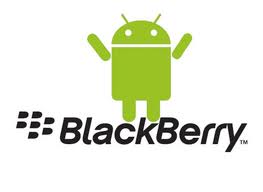 This is news for all the people out there that either have a Blackberry and love it, or are stuck with a Blackberry for work email. It looks like RIM has decided to include a “app player” in it’s upcoming versions of their Blackberry OS.

This is great news considering more and more developers are jumping to Android making the Market have hundreds of thousands of apps available, as opposed to the minimal number Blackberry has.

If you have a Blackberry Playbook there is a leaked version of the “App Player” of it floating around that you can load onto your current Playbook. Our friends at n4bb.com have more information on the leak. 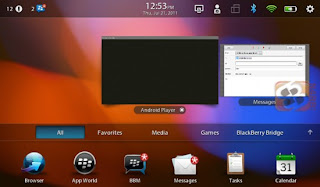 Wow, here is a serious surprise for PlayBook owners. Apparently, this was easily found through a changelog in a Desktop Manager update. We’ve been sent a beta build of the Android App Player for the PlayBook. It is a huge file, lags a bit, has no visible back button (you have to swipe left on the bottom bezel), but we’re told nonetheless it works. The app itself is controlled through a series of swipe gestures. This beta version is fairly old, so don’t hold it against them. You of course have to side-load the .bar file to install. Google search for DDPB installer to side-load easily.