Imagine if you had to manually open and delete each junk e-mail from your inbox. Just the thought may make you invariably grateful for those little checkboxes and the mass-delete option. Digital is great; streamlining digital is better. App 2 SD Pro does what your phone can already do, but it does it better by streamlining a manual process.

If you’re app happy, you’ve got a lot of apps that take up internal space and slow down your phone. Moving apps from your internal storage to your SD card is the remedy. Taking the time to do it is the problem, unless you’ve got App 2 SD Pro.

…If You’re Phone Savvy
Your phone is moving at a snail’s pace, so you venture into your settings, check your available internal storage and SD storage space, and move capable apps to your SD card to free up a little space on your phone. The problem with this method is that all apps aren’t capable of SD card storage, so you have to manually check each app.

…And If You’re Not
The Better Way
Stop Hunting for SD Card Capable Apps
Apps with SD card capability are alphabetically listed under the Movable tab in the App 2 SD Pro interface. The Android OS does not do this for you. View the app icon, name, and file size. Tap the app to view data, code, and to open or uninstall the app. Clear the cache, or choose the Clear Cache option from the menu to clear them all.

Choose to move an app to the SD card individually, or choose the Move All option from the menu. Badda bing, badda boom, declare internal space restored!

You can also enable App to SD Pro to send a notification when you install an app that can be stored on your SD card.

A Snazzy Interface, to Boot
Three tabs provide you complete app management: Movable, On SD card, and Phone Only. Movable and SD Card apps can be moved between your SD card and internal storage easily. Phone Only apps are non-movable. Each tab provides you the total space used and available space.

Not only does App 2 SD Pro offer a handy functionality to make your life a little easier, but it looks pretty cool too. The wood and steel graphics add an aesthetic appeal so often lacking in utility apps. There’s nothing wrong with cleaning up and looking good while doing it.

Task killers were something that at one point when you bought your phone you were told you needed. Now there are a lot of debates (ok maybe arguments) over what is the right thing.  In an attempt to enlighten the masses I have done a little research to help you make an informed decision. Comments are welcome, and please, correct me if I am misinformed..

From the way I understand it…  I am going to go through “A Day in the Life” of an Android app:  Let’s say you want to play a game. So you load up your Tank Hero app.  You are playing along, and in this example we will have you at work, and your boss walks into the room.  You quickly hit the Home key and pretend like nothing happened (nice reaction time). You app moves from an active status, to a paused status.  It’s not actually “killed” but it isn’t running, All of a sudden you get an email from your work email, and the alert goes off.  You grab your phone and check the email, which has a spreadsheet attached to it.  You open the attachment and get thrown back into work. 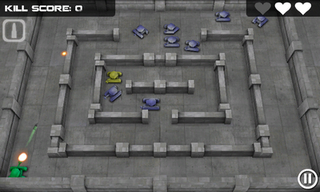 At this point you have forgotten all about the Tank Hero game, but your phone hasn’t.  As these other apps you started using needed the memory that the game was using, so it kills the app. But don’t fret, it kills the app nicely.  Actually I think that “kills” is a little harsh of a word. It is more like suspending. It closes the app, and attaches the state of the app – for most apps.  A good example of this is when you are in the web browser.  It will typically save the state of the app, so when you close the app (or Android closes it for you) it will pick up right where you left off. 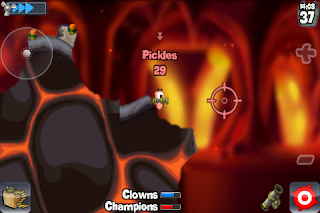 Apps with a built in save feature can save to the last save.  A good example of this is one of my favorite games Worms HD.  It is a remake of a classic turn based artillery game in which you fight different teams of worms.  In that game, it autosaves at the end of every turn, so if you manually kill the task, it restarts at the beginning of the turn.  If you let the OS kill the task it will still do the same.

So back to the scenario… You boss is now out of sight, and you are all caught up on your work (well as caught up as you need to be for now) and you start thinking about that Tank Hero game again.  You go back into your apps and load up the game and start playing it, just like you had never left it.  All without really bogging down the memory of your phone.

I came across this chart that follows the life cycle of an app. 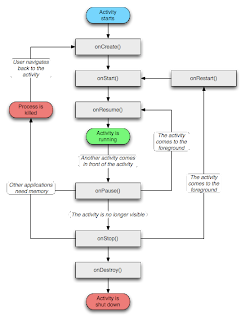 With all this technical mumbo-jumbo, where do task killers fit in.  A lot of people out there are strongly opinionated in the fact that task killers are bad and you shouldn’t use them.  I disagree.  I feel like there is a place on your phone for a task killer. If you are running a poorly coded app and it freezes up a task killer is a good option to unfreeze that frozen app, and a lot of times it is easier to use the app than it is to load up the Settings – Applications – Manage Applications menu.  A second reason to use a task killer is for people out there using an older Android version. The built in task management capabilities aren’t as good with 1.5 and 1.6 along with 2.0 and 2.1.  With these versions you may have luck with a task killer.

So, now is your chance to add your own $.02 to this discussion. Any comments, corrections or opinions.  I would love to hear/learn more about this…